Rajamangala Indoor Stadium is the premier Bangkok stadium in Thailand, home to the national football team’s games, concerts and much more. The Rajamangal Indoor Stadium Huamark excites fans when it opens its doors because when they do, there is something extraordinary happening. The Bangkok sports stadium first opened in 1998 to coincide with the Asian Games and has been the national stadium ever since. Holding almost 65,000 people at total capacity, it’s no wonder the stadium is used for concerts for some of the biggest names in the musical and sports world due to its high capacity.

Designed by the Facility of Architecture at Chulalongkorn University and used for the home football games in the AFC Championship for Bangkok Glass FC and Chonburi FC, this Bangkok stadium is a Mecca for football in Thailand. What is interesting to remark is that locals constructed the entire Rajamangala indoor stadium. Architects of this prominent Bangkok University worked on the design while a local construction company delivered the work.

Rajamangala indoor stadium was constructed in 1997 to prepare for the 1998 Asian Games. When the indoor stadium opened, it could house 65,000 people. Most of the seats were benches, and only proper seating was installed at the main west stand. Seating changed in 2006 as part of the preparations for the Asian Cup Games in 2007. Since then, the base has been an all-seater.

The design of the entire construction is dramatic. Stands rise twice as high from the lowest points. Significant height means admiration, but when you enter the compound and come closer to the stadium, the entire look is a bit disappointing but serves its goal, and that is serving matches and concerts. The national team and Asian club performances connect locals to Thai chauvinism, enthusiastically watching football and other legendary happenings. 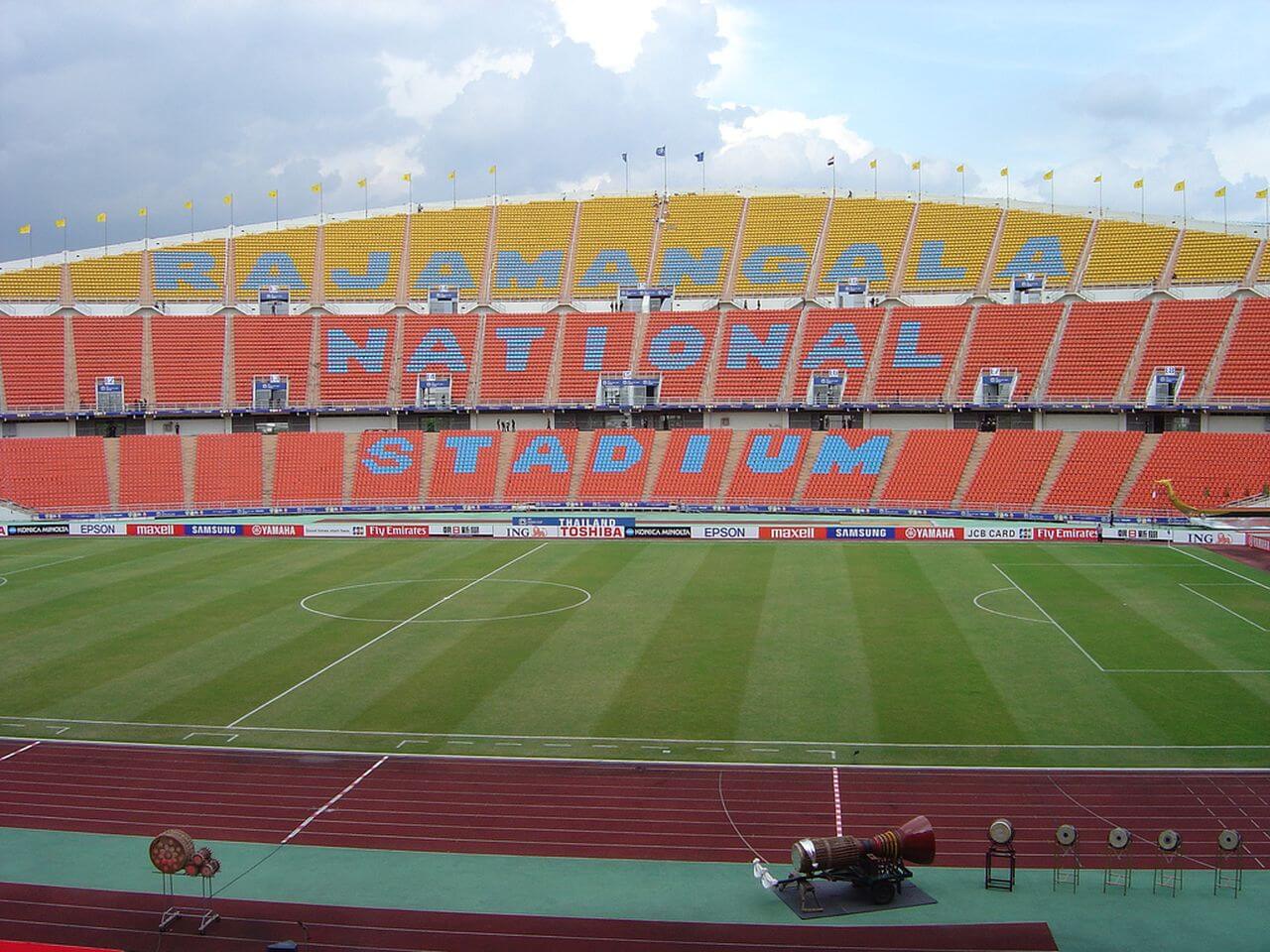 Rajamangala Stadium Hua Mark was the location for Manchester United when they played in Bangkok. Thailand Event Guide

The logistics are a nightmare for the indoor stadium Huamark. There is a small 2-ways road from and to the Stadium, but soon the underground train system will finally come nearby, bringing loads of fans to the matches and games in this stadium and reducing the road traffic from and to the stadium.

As part of the Hua Mak Sports Complex, Rajamangala National Stadium will continue to be the premier stadium venue for the most crucial sporting and live music events in Thailand for the foreseeable future and is a venue that Thailand is truly proud of.