Meet Friends. Join the Conversation. Meetup in Groups. Get Discounts and Promotions from Hotels, Restaurants and Events. Register and Join the Thailand Event Guide Community
post-title Itaewon Incident: A wakeup Call to Other Authorities? Thailand News and Articles about events, places and experiences.
Follow & share us

Itaewon Incident: A wakeup Call to Other Authorities?

The tragic incident over the weekend in Itaewon, Seoul, is a wakeup call for authorities around the region on how they need to look at ways to respond to emergencies, like the Itaewon incident and also how party venues need to be in more open areas because what happened in Seoul could happen in any other city as well.

The crash that happened on Saturday night has so far claimed more than 150 lives, and nearly 100 more are injured, with nearly 2 dozen in critical condition, it is one of the many such incidents that has plagued the region.

In Seoul’s narrow party allies of Itaewon, more than 100,000 people gathered to celebrate Halloween on Saturday, which eventually led to many of the revellers being crushed to death as crowds swelled to the point that there was no way one would have figured out who fainted or who may not be able to keep themselves as the crowd stood for hours.

Itaewon, Seoul is not the First Incident in Asia

This was not the 1st incident in Asia during this month, on October 1st, the Indonesian police’s efforts to control the crowd at the stadium that was well beyond its capacity left more than 130 people dead as police used teargas to control the crowd while the stadium which had more than its capacity spectators, had locked out many of the exit doors.

Thailand, which has managed to escape any significant incident, should learn something from things that have happened in Indonesia and South Korea. So far, only 1 Thai national has been reported to be among the 150+ people killed in Seoul, but this incident can teach the authorities how to be careful as the party season approaches. 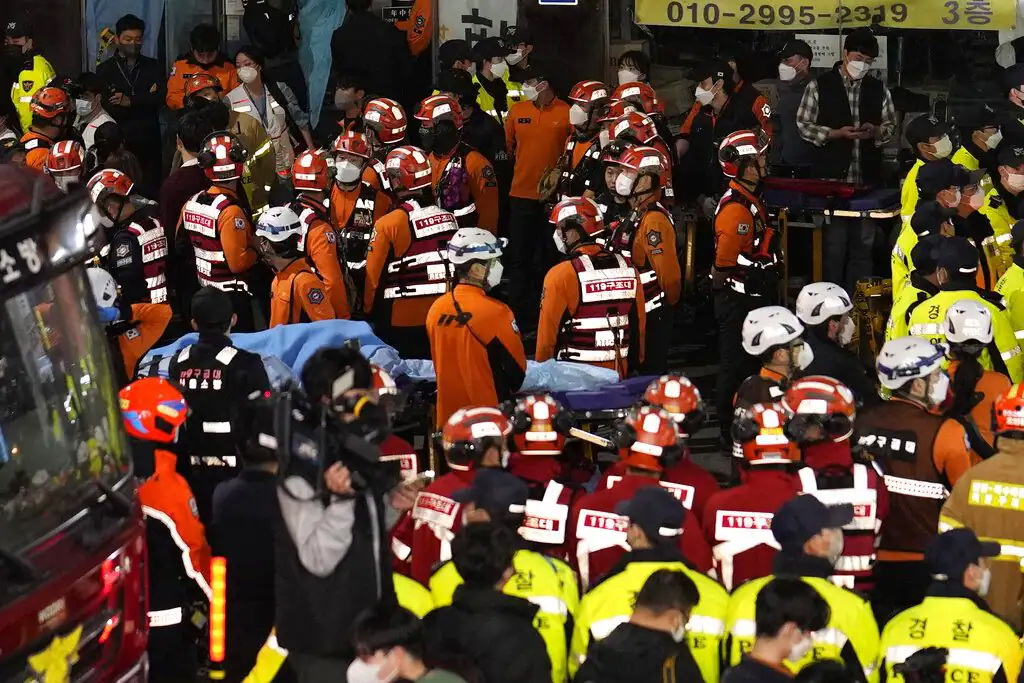 Pent Up Demand for Partying and Going Out

People worldwide are looking for excuses to go out and party or be out to be in the crowd after more than 2-years of lockdown and/or self-restrictions to avoid being in crowds as the Covid-19 pandemic left a fear factor among the population.

Thailand’s small allies in the likes of party areas of Khao Sarn, Silom, or Ratchada are all prime locations for possible mishaps like the ones the world was shocked to see over the weekend.

The narrow allies of Khao Sarn, which has one main road and various smaller allies that lead to smaller bars and pubs in the Sois, are areas that are poorly laid out and are a breeding ground for the possible mishap.

Silom’s various Soi’s that go a few hundred meters from the main road are packed with bars/pubs that take up nearly the entire road in front of their shops, another area that has already been highlighted for their poor fire safety records.

These small lanes packed to the brim during the festive season, be it during the New Year celebration or the Songkran, are areas that need to be highlighted to have some crowd control.

Silom’s DJ Station, a haven for LGBT people, was earlier this year a spot where a small fire broke out; thankfully, it happened during the time the bar was closed but had such an incident happened during operational hours, a stampede would have indeed happened.

Silom Soi 2, a small lane with bars on the left and right of the nearly 100 meters of soi, has only 1 entry and exit point. It is also a soi that has half the exit/entry of the soi blocked as a place for revellers to ‘deposit’ their bags before they enter the soi to go partying.

Any unforeseen incident such as fire/or panic exiting would create a situation of stampede, and many would be crushed, like what the world saw in Itaewon.

Prevent Loss of Life like the Ones in Itaewon, Seoul

Partygoers are all looking at ways to enjoy themselves after years of staying put. Their minds are likely not to be bothered about what safety standards are in place or what fire escape routes are from the various party venues. Still, the government and the Bangkok Metropolitan Administration (BMA) need to look at these issues and find ways to possibly control or develop rules that prevent such an unforeseen incident from happening in our country.

The loss of lives in South Korea and Indonesia should therefore be a wake-up call to the Thai government to spring into action to prevent Thailand from being on the list of such mishaps.